An onshore group had a busy rig schedule for their large drilling program and needed to find ways to save time when going from a prospect to a producing well. Specifically, the group was challenged with streamlining how to quickly turn prospective well locations drawn on a map, into viable well design plans for the drilling department. The group had heel/toe pairs for hundreds of potential wells in dozens of leases (Figure 1); they could manually take these mapped pairs into a well planning program and create well plans, but that would be too time consuming and lead to missed deadlines. 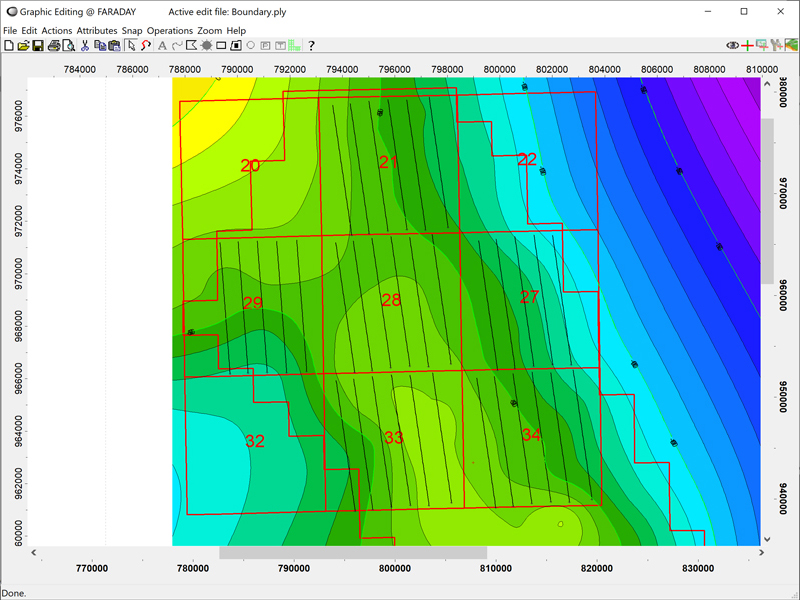 Figure 1. Map of heel/toe well locations and lease blocks for one area in the field.

The team had access to Dynamic Graphics’ EarthVision and Integrated Well Designer programs, and reached out to DGI’s technical support staff for assistance in developing a workflow that could more rapidly accomplish the necessary task. Within a day, DGI created a customized script for the team, utilizing a number of EarthVision command line modules to complete the following steps:. 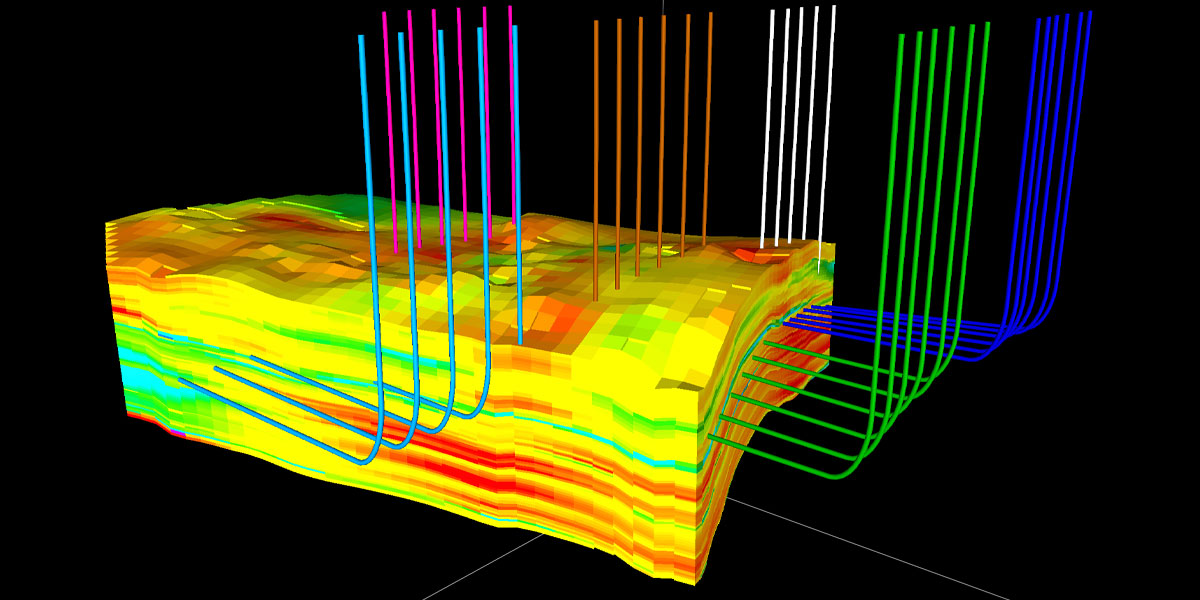 Figure 2. Well plans output from customized EarthVision workflow, shown with the property model. Model Data provided by RMOTC and US Department of Energy.

Once the well plans were generated for each heel/toe pair, they were rapidly brought into the EarthVision Integrated Well Designer (IWD) program. In IWD, the well plans were fully editable; for example, the top-hole location could be moved, or targets could be modified to avoid drilling hazards such as proximity to an offset well. The well plans were visualized in 3D alongside both the target locations and structure model (Figure 2), making it easier for the well planners to adjust and QC different well plans in IWD, and quickly come up with a proposed well list for dozens of lease areas. Conventional workflows would not have given access to this additional contextual data.

This example shows the extensibility of the EarthVision environment; command line access to powerful underlying modules enabled the onshore group to utilize a customized, scripted workflow for taking their heel/toe pairs from 2D map locations and transforming them into drillable well plans. The use of EarthVision and IWD led to significant time savings in the process and allowed the group to keep their rig schedule full and on time. 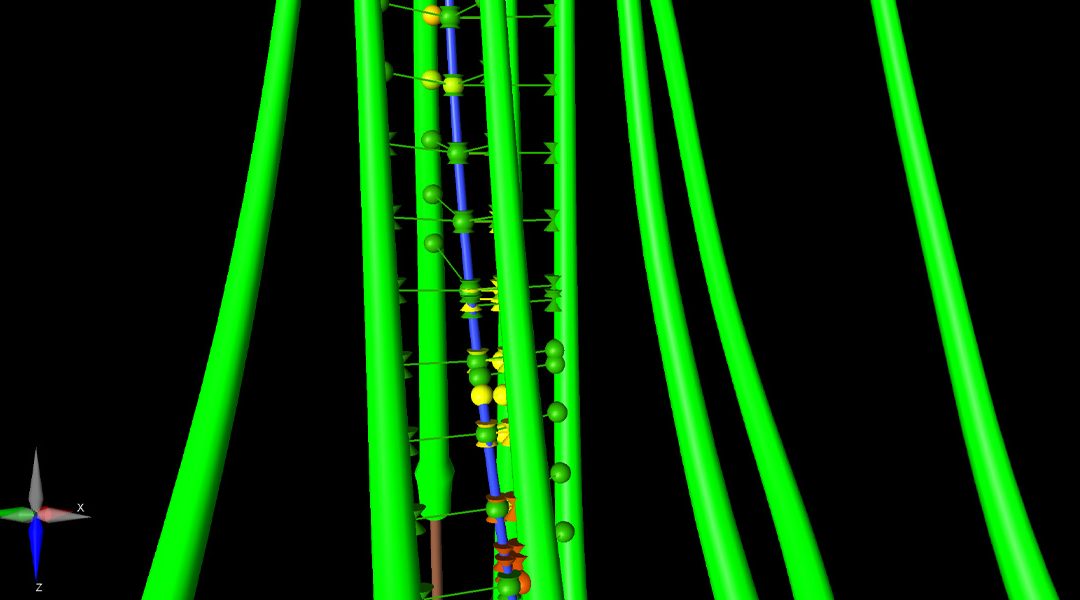 Planning a trajectory can be challenging in an open field, but when a drilling facility has dozens of existing wells, clearing high-pressured offsets can add extra complexity. For this North Sea operator with access to Dynamic Graphics’ WellArchitect software, the... 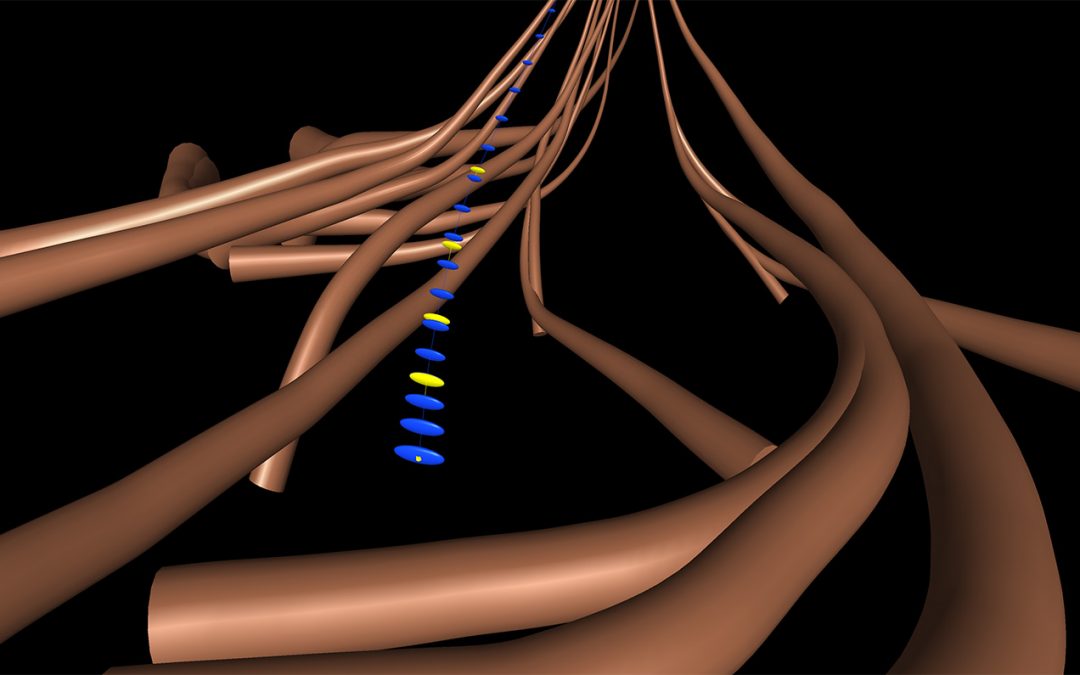