Developing and monitoring an underground infrastructure can be a challenging task due to the lack of ability to constantly observe below the surface. Determining the ideal infrastructure location, work zones, networks, and grids can be simplified through the visualization of the associated underground data.

With various types of surface and subsurface data involved, the resulting analysis can take many different directions. The platform to integrate and correlate these datasets together is essential in extracting an efficient analysis for underground infrastructure visualization.

Underground infrastructure data are of great importance to government agencies and commercial industries involved in mining, tunneling, water supply, and oil and gas projects. For better understanding, these industries may require various types of surface as well as subsurface data derived from various geological, topographical, and seismic surveys. Major data involved include:

With an effective data integration and visualization platform, these associated data types can be integrated and mapped to visualize an extensive 3D model—which can be used by decision-makers to analyze underground features and derive critical project planning and implementation conclusions.

The planning, designing, construction, maintenance, and monitoring phases of underground infrastructure can greatly benefit from 3D visualization. With the help of efficient data integration and visualization software, asset teams can benefit in the following ways:

3D visualization is also increasingly being utilized in urban planning where utility mapping and monitoring can prove essential for regular maintenance and in case of occasional utility strikes. Defense and intelligence organizations can use underground infrastructure visualization technology to identify tunnels used for concealment, weapons storage, smuggling, human trafficking and other clandestine purposes. 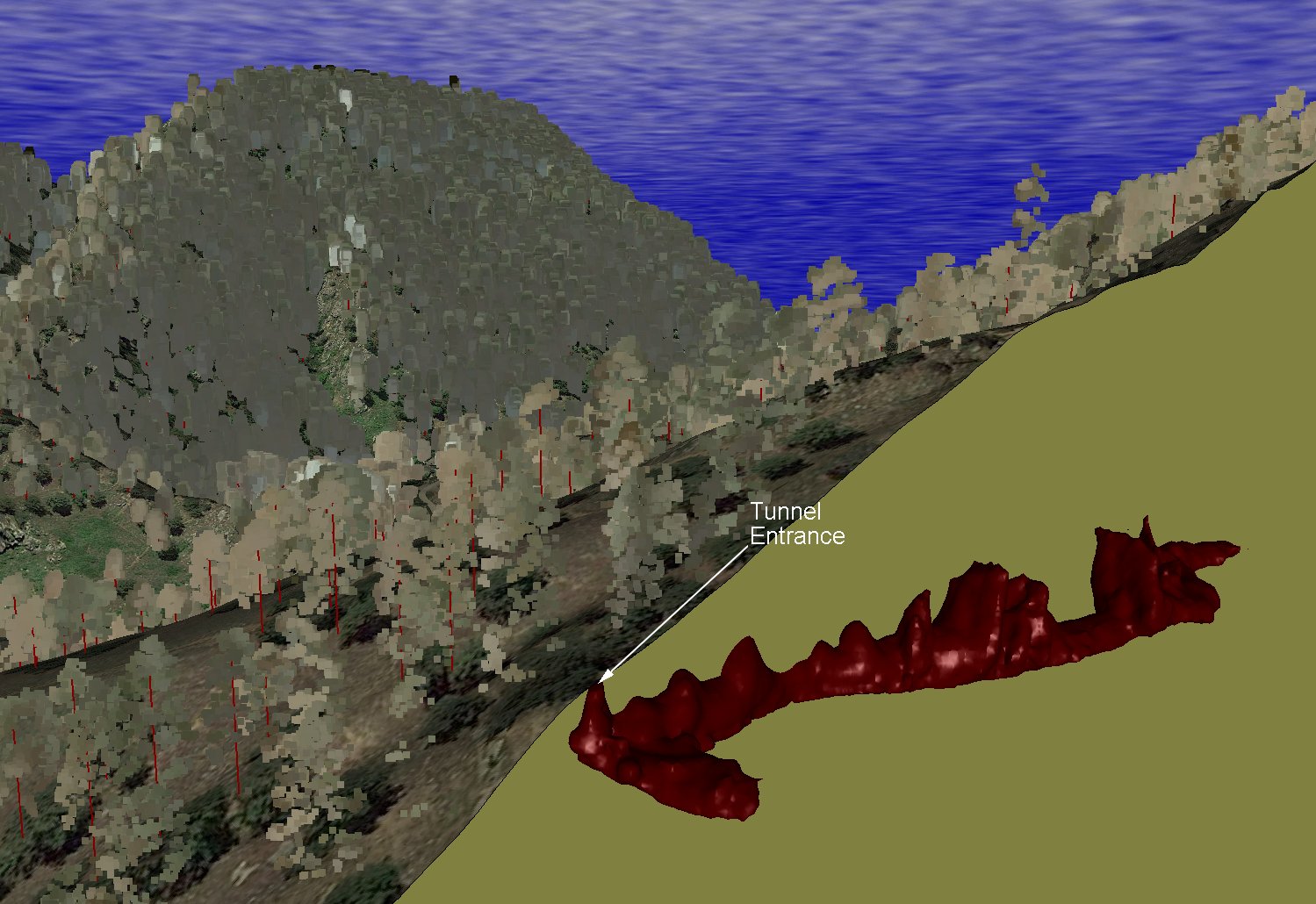 Softwares such as CoViz 4D and EarthVision facilitate effective visualization of underground infrastructure. These platforms facilitate 3D subsurface mapping by easily integrating subsurface data and presenting them in a simplified format. CoViz 4D, specifically, integrates interdisciplinary data types in a single environment which equips engineers and team members with the information necessary to make decisions on safe, productive, and cost-efficient operation.

CoViz 4D is a single geospatial platform that can simplify the process of underground infrastructure visualization. By importing new and existing data and models—including LiDAR data, satellite, and hyperspectral imagery—CoViz 4D can integrate multi-component spatial and temporal data for comprehensive visualization of surface and subsurface parameters. The possibility of 3D or 4D visualization allows easy monitoring of mass movement, density changes, and vibration. Asset teams can make an efficient analysis based on the visualization ability and make decisions on project construction, operation, and maintenance while reducing damage and increasing safety.

CoViz 4D, and EarthVision from Dynamic Graphics Inc., are tools that give users the ability to easily integrate the associated surface and subsurface data to create a comprehensive 3D model. Powerful underground visualization capabilities enable you to develop, construct, monitor, and maintain the infrastructures. To learn more about CoViz 4D or EarthVision, contact our team.

Well logs are displayed in 3D, against a cross-section, and in a well panel, allowing reservoir and production engineers to visually verify their models.With the ability to acquire more detailed information throughout the course of well development, reservoir and...
Read More

Modeling and tracking water injection is a critical aspect of regulatory compliance.Asset teams understand why regulatory compliance in the oil and gas industry is crucial to successful business operation and yet, many companies find themselves on the wrong end of...
Read More

3D model with a digitized paper contour map (with horizontal well lines) draped on the reservoir surface with colored contours blended. Good correlation exists between the two sets of contours. Vertical wells are shown in yellow and directional wells are in green. A...
Read More

Data Visualization to Guide the Recompletion of Oil and Gas Wells

Covisualization and analysis of fluid migration and depletion via 4D seismic along with production/injection values and geologic structure can enable better decision making when it comes to recompletion considerations.With easily recoverable oil either gone or...
Read More

Understanding the Role of Data Integration in Wellbore Trajectory Planning

Geologic complexity and a maze of existing wellbores can challenge the best well planners to navigate subsurface environments and determine the optimum wellbore trajectories for new, sidetrack, multilateral, or infill wells. Well planners share the responsibility with...
Read More