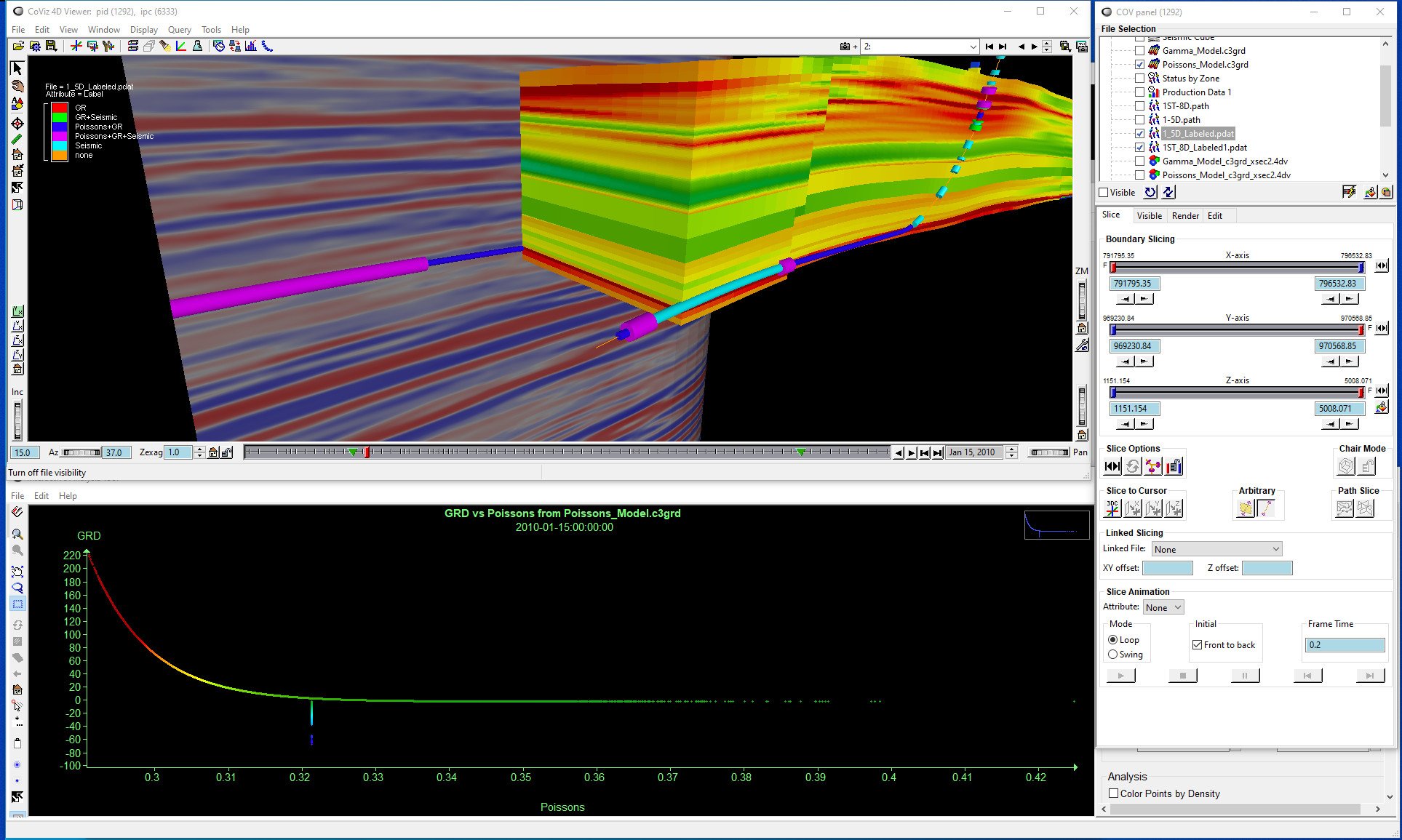 Modern seismic, drilling, and production technologies allow petroleum engineers to generate or acquire substantial volumes of data that characterize well performance—from initial exploration up to yesterday’s production metrics. These data can provide valuable insight when reservoir engineers are considering wells to be drilled into offset prospects or wells drilled to extend an existing producing reservoir. The data are also valuable when comparing the performance of an existing well with historical data of nearby wells to identify and resolve production problems. However, to obtain the maximum benefit from well performance comparisons all of the relevant data need to be:

Predrill analysis for new exploration or field extension wells is done to set a range of production expectations. Analysis of the geologic, petrophysical, and reservoir data associated with nearby wells provides parameters that characterize the initial production, the production decline (decline curve), and opens in a new windowultimate production. Using these numbers to extrapolate, reservoir engineers can then estimate the potential of extension wells or new prospecting areas, and decide if further drilling is economically feasible.

Conducting Comparisons of Existing Wells Within a Field or Reservoir

Conceptually, this type of analysis is similar to the above, using relevant reservoir data, but conducted on an ongoing basis by a field development/production asset team. The objective is production optimization for existing wells. The critical data is the opens in a new windowongoing production information for oil, gas, and water that conveys the long-term economic viability of a well or the entire field.
In addition to production data, geologic, petrophysical, and operational data are useful in comparing performance. Well logs, completion information, pump operations, and maintenance, data provide insight when comparing the performance of wells within a reservoir. When production engineers encounter problems in a well, comparison with the history and performance of other wells can help identify the source of the problem as well as the solution.

If production issues have developed suddenly and the reservoir looks similar to the surrounding wells the most common assumption is mechanical issues. Checking maintenance records associated with the well may reveal unplanned downtime for pump repair or degradation in other infrastructure assets that temporarily impact production.
A gradual change in production metrics (rates, pressure, cut) is usually indicative of reservoir changes (as indicated by geologic and petrophysical models) such as fluid or gas blocks, or encroachment from recently-drilled wells. Historical analysis and comparison of nearby wells can uncover similar problems encountered in the past, as well as provide detailed guidance regarding practical resolutions.

Required: Access to All Relevant Reservoir and Operational Data

Useful comparisons of well performance data are predicated on reservoir engineers having access to all relevant data associated with reservoirs and wells. This includes geologic, seismic, geophysical, petrophysical, well logs, completions, production, and operational infrastructure. Access to all of these data allows reservoir engineers to conduct well performance comparisons and identify correlations that help predict economic potential, diagnose performance issues, and propose practical solutions.
For many operators, however, obtaining access to these data and integrating them into an environment that facilitates opens in a new windowcollaborative visualization and analysis is the most significant barrier to well performance comparisons.

CoViz 4D overcomes these barriers by easily integrating a wide range of data used by the different disciplines of an asset team. All of the data types mentioned above are made accessible via a opens in a new windowData Registry. CoViz 4D automatically converts the various data formats into a common format and presents them in a 3D and opens in a new window4D visualization environment. Additionally, CoViz 4D provides a wide range of analytic tools to help engineers compare reservoir and well attributes that affect performance.
Often, well performance analysis continues for years and involves many different professionals involved. CoViz 4D can manage data chronologically so that historical information from existing wells can be directly compared with the latest information. The ability to visualize the evolution of wells over time is a powerful way to compare well performance.
With immediate access to relevant data, powerful visualization capabilities, and a rich analytic toolset, reservoir teams can collaboratively compare geologic data, petrophysical properties, reservoir parameters, production data, and operational information. The insight gained through well performance comparisons helps to more accurately estimate recovery and develop plans to maximize production.

EarthVision provides a proven application to address the significant challenges presented in modeling complex subsurface geologic structures.Achieving as accurate as possible models of complex geologic structures should be the goal of every geoscientist. Yet, there...
Read More

Risk Management in the Oil and Gas Industry: Multidisciplinary, Vendor-neutral Visualization for Better Decisions and Reducing Risks while Drilling

Target analysis and wellpath ellipses of uncertainty along a proposed wellbore, viewed in conjunction with structural models, can greatly reduce the risk associated with many drilling hazards.One sure way to minimize risk, regardless of the situation, is to obtain as...
Read More

3D Model of a geothermal area with cross sections of 3D seismic and density profile along a proposed EGS well pair. The EGS wells were planned going through microseismic from a previous stimulation study. Surface microgravity data and temperature logs from offset...
Read More