Onshore projects often span extensive areas, and coarse, basin-wide models are used in activities such as assessing regional stress patterns and stratigraphic trends, as well as planning rig schedules. An onshore group required a higher level of detail than was in their existing model in order to fully analyze the structure and stratigraphy in their field; ultimately they required a basin-wide structural geological model which included multiple, highly detailed sections over each of their 3D seismic surveys.

The group selected EarthVision for the study because of its capability to easily handle the large number of small faults which needed to be modeled, its options for both manual and automatic fault tree building, and for the customization of individual fault blocks. The team started by building smaller, discrete structure models for the 3D seismic areas to capture the detailed geometry of the localized faults. The data from the small models was then exported and combined with the regional fault data. The larger basin-wide model was built from the combined dataset, and the result was a single regional structural geological model with hundreds of small, local faults from the 3D seismic surveys, as well as a dozen regional faults picked from published maps and regional 2D seismic data. With the finer scale details included in their basin-wide fault model, the team had a better understanding of how the faulting pattern was related between the separate 3D seismic survey areas (Figure 1). 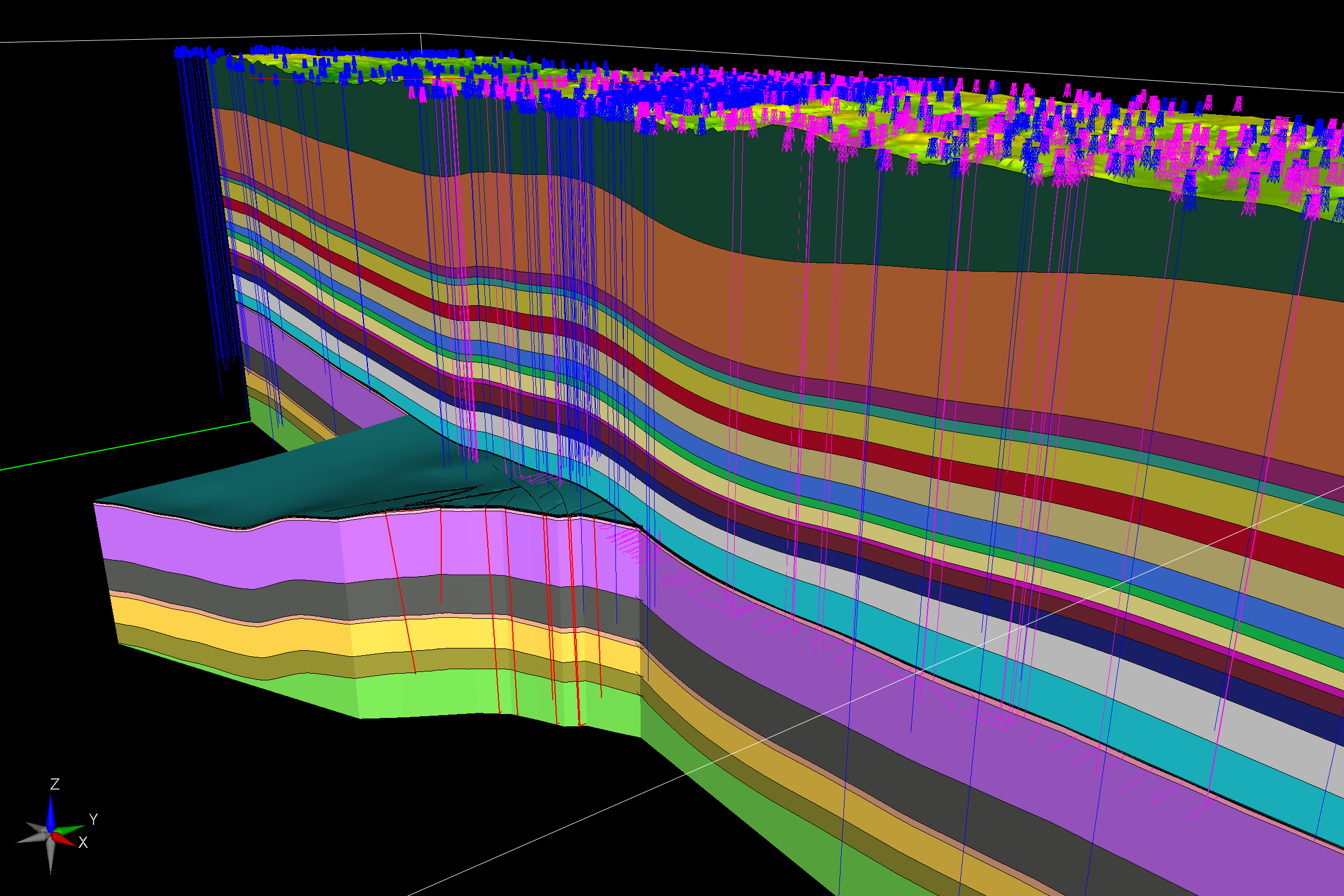 Figure 1. Cross section view of the EarthVision model showing an area of localized faulting corresponding to an area with a 3D seismic survey. 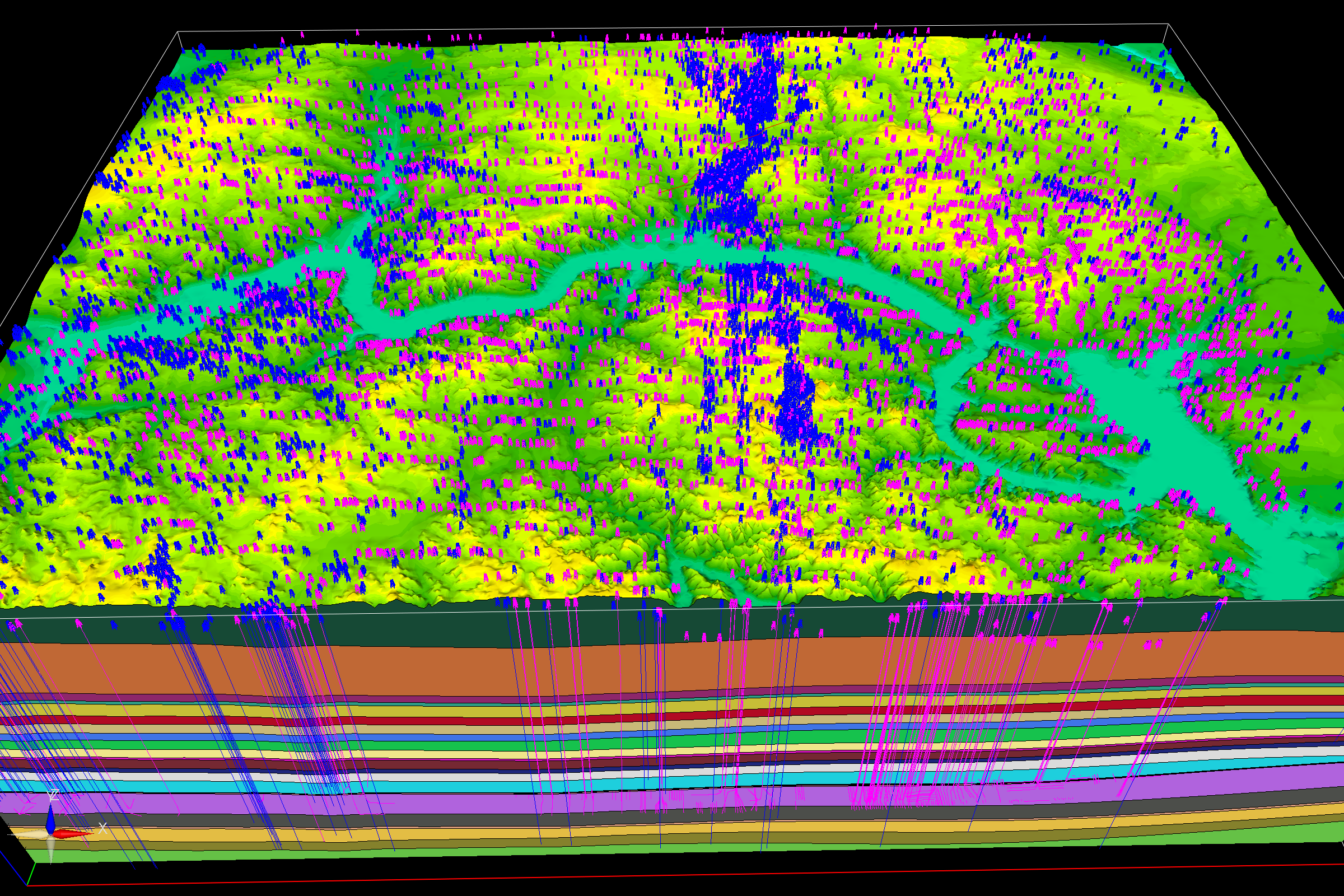 Once the new structure model was in place, the group focused on a well analysis study (Figure 2). Using additional EarthVision tools and scripts, the team determined qualitative and quantitative information about the well relationships with each other, and with the model zones and faults, including:

The well/model attributes were visualized both in 2D plots and in the 3D Viewer. After detailed QC of the well analysis data in EarthVision, it was straightforward for the team to bring the results into their Spotfire database to study with other elements; this enabled the group to determine which zones to target for future drilling programs.

The flexibility of EarthVision to incorporate areas of highly detailed localized fault data, with existing regional fault data, into a single regional structural geological model was a critical step to completing a well analysis study. Tools within EarthVision facilitated investigating and understanding the relationships between the wells, faults and stratigraphy, and provided the team with the critical information they needed to plan for their future drilling program. Access to a scripted, repeatable workflow allowed the team to quickly and easily update their well analysis results as new wells were drilled.